The “buy now, pay later” craze is troubling financial regulators. Speaking to some Klarna users on TikTok helps explain why.

Search for Klarna on TikTok and you’ll find young people making light of the debt they’ve racked up using the wildly popular “buy now, pay later” app. Some dance to the caption “crippling debt” after showing themselves using Klarna when shopping for clothes. Others share videos of payment demands from the company, overlaid with a line from a remixed song: “I know you’re obsessed with me.”

One TikTok video posted by Joella Louisa is captioned, “When you’re wearing a new outfit and Klarna reminds you to pay for it.” She looks elegantly appalled by this unwelcome reality check. It’s not enough to put her off, though. “In the past when I didn’t have money I simply just couldn’t shop,” Louisa tells Bloomberg News. “Now with Klarna, I can.”

It’s this double-edged aspect of the “BNPL” craze that’s troubling financial regulators: The young fashionistas on TikTok see the potential danger of loading themselves up with short-term debt by using these apps at the checkout, but the temptation can be too great. Credit-rating companies fear that this increasingly ubiquitous financing option might encourage reckless borrowing.

Klarna’s obvious appeal for Millennial and Gen Z shoppers (its average customer age is 33) helped it snag a $45.6 billion valuation in a recent funding round led by SoftBank’s Vision Fund 2. The fast-expanding Swedish company, which operates in much of northern Europe, is pushing aggressively into the U.S. It says it’s the world’s most valuable fintech startup after Stripe Inc. One backer, Chrysalis Investments, told the Times of London that it could be worth $125 billion in 18 months, more than HSBC Holdings Plc.

Other fortunes are being made in this industry, too. Square Inc., a digital-payments platform led by Twitter Inc.’s Jack Dorsey, has agreed to acquire Afterpay Ltd., an Australian BNPL provider, for $29 billion. These upstart fintechs say they’re better than credit card firms because they don’t charge customers hefty interest payments and fees. “The credit card model is simply unsustainable for consumers,” Klarna’s billionaire founder Sebastian Siemiatkowski told investors last week.

Klarna’s simple, pink-colored app — which relies on a soft credit check using an algorithm — lets shoppers pay for their purchase up to 30 days later or spread the cost into three or four installments over a longer time frame. Siemiatkowski says more than 98% of its transactions are interest free.

The fintech makes most of its money by charging the retailer instead, with companies paying up to 3.4% of each transaction plus 20 pence (28 cents) for the “pay in 30 days” product. Klarna’s 90 million users can use the app at a host of online and brick-and-mortar stores, including ASOS, H&M, Lululemon and Urban Outfitters. The company reckons retailers offering BNPL see an increase of approximately 45% in average order value.

It’s this apparently carefree attitude toward credit that has disturbed banking supervisors, especially as the booming BNPL industry remains largely outside their jurisdiction. A review by Britain’s Financial Conduct Authority found that the “market more than trebled in size in 2020, poses potential harms to consumers and needs to be brought within regulation.”

Speaking to some Klarna users on TikTok explains the FCA’s misgivings. “It definitely encourages people to spend more, especially when people are paid at the end of the month,” says one shopper, Megan Harkin. “And sometimes when the end of the month comes, you don’t realize how much you’ve spent and then half your wages are gone on Klarna repayments.”

Klarna pushes back against the idea that it spurs overspending, saying that — unlike credit cards — it reassesses customers’ eligibility constantly. “When you apply for a credit card, you immediately get a huge amount of available money and you can spend that entire amount on whatever you want, even if your financial circumstances change over time,” the company says. “This is far more risky for consumers than Klarna where we check your affordability on each and every purchase, give you a repayment plan to keep you out of debt, and restrict the use of our services if you miss a payment.”

Indeed, BNPL companies are just the latest financial firms — from credit card providers boosting limits to mortgage lenders requiring smaller down payments — trying to strike the balance between lending more to customers to drum up revenue while not pushing those borrowers so far that they fall behind on payments.

Klarna’s app certainly has plenty of fans. Reviews on the U.K. Trustpilot website show it’s more trusted than traditional lenders such as NatWest and Barclaycard. Its fastest-growing demographic is the 40 to 54 age group.

Nonetheless, there are broader fears about what the BNPL phenomenon means for financial risk more generally. Analysts at Fitch Ratings wrote recently that borrowers could try to get BNPL credit from multiple providers. “BNPL users may find themselves unable to afford the periodic repayments and may turn to credit cards or other forms of high-interest debt to repay BNPL debts,” Fitch said.

Another worry is that shoppers don’t always fully understand what they’re signing up to. Alice Tapper, founder of personal-finance website Go Fund Yourself, first saw a Klarna ad on the London Tube and only realized later it was a credit product. “Buy now, pay later is being dressed up as a glamorous payment option,” she says. “Its true nature as a credit or debt product was really pretty difficult to actually decipher.” Klarna says it’s always signposted at checkout with information that makes clear it’s credit.

There are also some concerns within Klarna about overly aggressive marketing, according to two former senior employees, who would only speak to Bloomberg News anonymously when discussing internal company matters. They said sales and technology decisions took precedence over credit risk. Klarna says the claims are inaccurate: “Our entire business model revolves around people paying on time and our ability to accurately assess risk. This is, and always has been, a core priority internally.”

Investors, who include Sequoia Capital, Silver Lake and Permira, are only too happy to back a thriving startup that’s now working with 10,000 U.S. retailers, and whose initial public offering may be a year or two away. Yet greater scrutiny is inevitable as Klarna approaches the stock market and BNPL becomes central to the shopping experience. 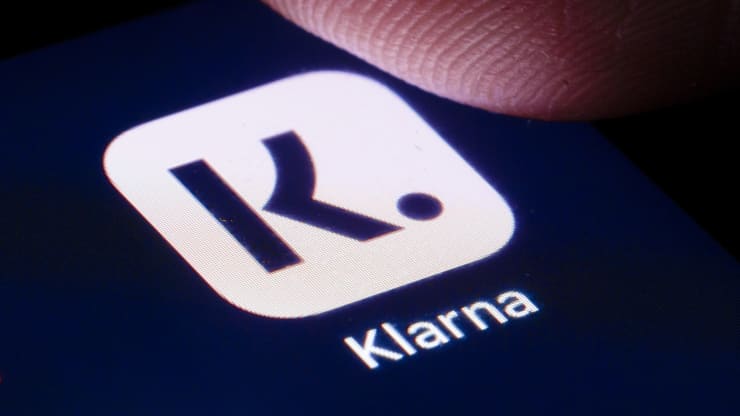 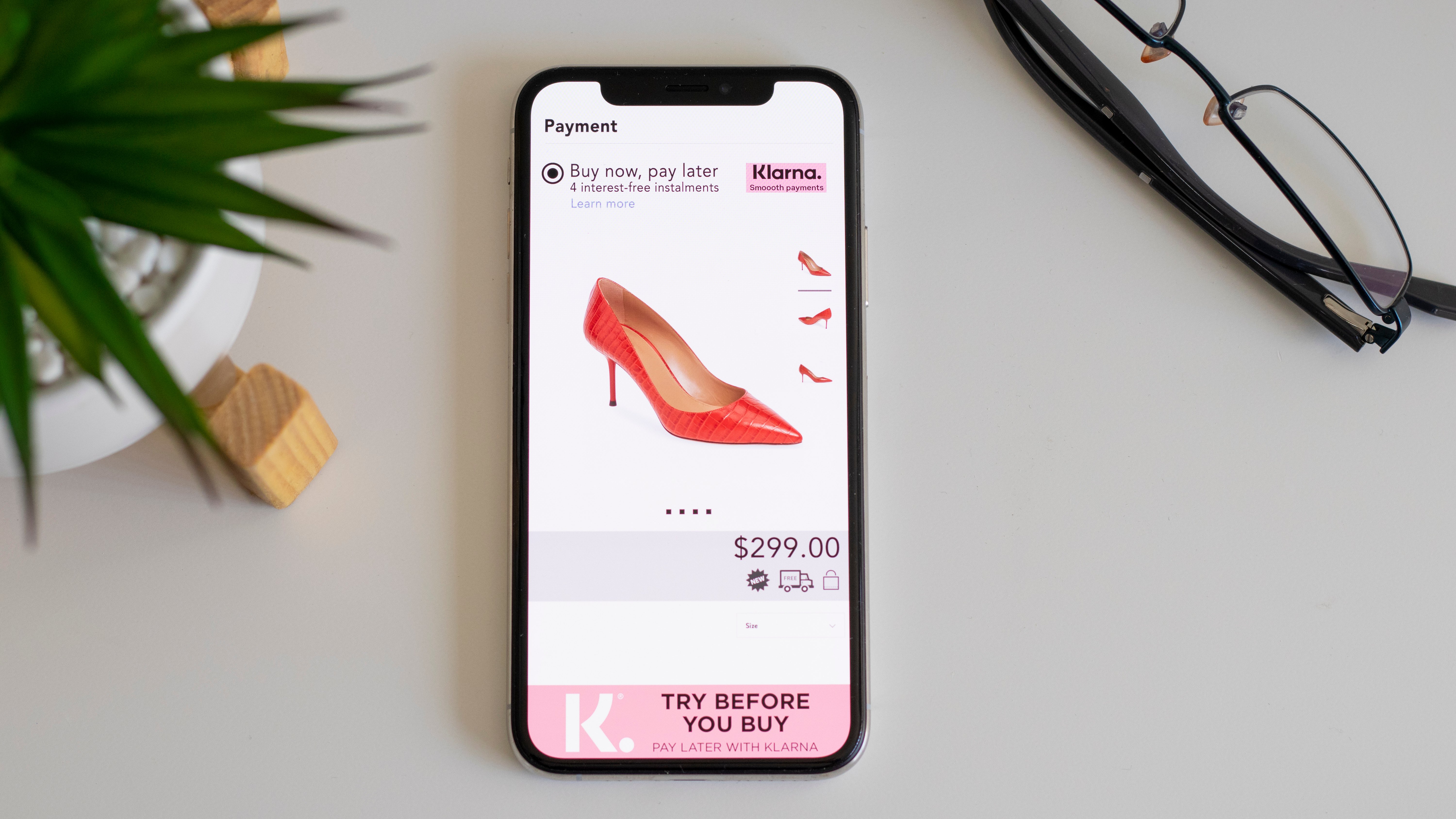