In this monthly feature we bring you up to date on the latest career developments in the enterprise AI community – promotions, new hires and accolades:

Altair, a simulation, high-performance computing and artificial intelligence solutions provider, appointed Jim F. Anderson to its board of directors. Anderson has more than 25 years of IT industry experience. Currently, he works as the managing director for Google Cloud and is a member of the go-to-market advisory board for CapitalG, Alphabet's independent growth fund.

"Altair's strong culture, technology portfolio, and market position represent a unique opportunity," said Anderson. "I look forward to contributing to the company's growth as a member of the board.

"I am honored to join the Cerebras team and lead the company's legal and compliance organization," said Boyden. "Cerebras is at an inflection point in terms of customer deployments and technological innovation, and I look forward to helping grow and diversify the company as it continues its fearless pursuit of addressing some of society's most urgent problems through industry-leading AI compute." "I am thrilled to join Cohesity as it's not only disrupting the data management market, but it also has a tremendous focus on values, diversity, and culture – all traits that come straight from the top," said Cappellanti-Wolf. "Cohesity is making it easier than ever for customers around the world to manage, protect, and derive value from data. As the company enters its next phase of growth, I'm eager to bring my experience to the table, building on the strong platform of talent and performance at Cohesity." Automation Anywhere, a robotic process automation vendor, welcomed Dmitri Chen as its executive vice president of sales for the company’s Asia Pacific Japan region. Dmitri brings to Automation Anywhere more than two decades of experience in technology leadership, including working at Dell EMC, where he served as chief operating officer in the APJ region.

“I am thrilled about the opportunity to help companies transcend front- and back-office silos and systems with Automation Anywhere’s cloud-native RPA platform,” said Chen. “We have a unique opportunity to change the way the world works, to liberate employees from repetitive tasks, giving them more time to focus on customer experience, creativity and innovation, ultimately making their employee experience and lives better.”

Schmidt and King were promoted to chief technology officer and chief marketing officer, respectively. Schmidt joined DataRobot in 2017 following the company’s acquisition of Nutonian, a machine learning company he founded. King started working at DataRobot in April 2021 as its senior vice president of marketing.

"I'm excited to take on this challenge and utilize my experience in software, data management and data analysis to guide my new team in providing the data solutions and buying models today's companies critically need to be competitive," said Fujii. "Quantum is already on a great trajectory; our demonstrated proficiency in orchestrating massive amounts of data for the media and entertainment industry is a unique differentiator as we apply our expertise to industries with similar data challenges."

Carnegie Mellon University's Software Engineering Institute appointed Matthew Gaston as the division director of its newly created artificial intelligence research unit. Gaston most recently served as the director of the Emerging Technology Center, which is focused on applying new software technologies to gain leap-ahead mission capabilities for the Department of Defense and other government agencies.

"I am very excited to lead the new SEI AI Division and to scale the SEI's AI engineering capabilities in support of defense and national security," said Gaston. "Using our initial work in the Emerging Technology Center and across the SEI as a foundation, we plan to build on the strong legacy of software engineering research at the SEI, initiate exciting new projects, work closely with world-class AI researchers across CMU, and build a community of collaborators throughout government, industry, and academia." AMAX, a provider of high-performance computing, artificial intelligence and OEM data center manufacturing, appointed Paul Jensen as its president. Jensen brings over 25 years of experience in the technology industry across finance, sales, marketing and business development. He has held multiple leadership roles, both domestic and international during his 20 years at Microsoft.

"I could not be more thrilled to accept the position as president in this well-established and well-trusted organization, with such an incredibly talented team," Jensen said. "My goal is to bring additional growth and more value to our customer base by building upon the achievements of the past 40 years."

Ayar Labs appointed Rory McInerney as its executive advisor.  McInerney will focus on building engineering, manufacturing and supply chain business units at Ayar Labs. He comes from Intel, where he built a 29-year career serving in leadership roles including as its corporate vice president.

Terry Thorn also joined Ayar Labs as its VP of business development. Thorn will be responsible for growing the company's commercial business and accounts. Thorn spent 24 years at Intel, where he served as general manager of global accounts in Intel's cloud and enterprise sales group with direct responsibility for some of the company's largest customers. Microsoft Corp. elected Satya Nadella to the role of board chair and John W. Thompson as lead independent director of the board of directors. Nadella will set the agenda for the board and leverage his deep understanding of the business to elevate the right strategic opportunities and identify key risks and mitigation approaches for the board's review.

Intel announced two new hires and two new promotions to its executive leadership team. Sandra Rivera was appointed as executive vice president and general manager of the data center and artificial intelligence division at Intel. In addition, Raja Koduri was appointed to lead the accelerated computing systems and graphics group, a newly formed business unit at Intel that will increase the company’s focus in the key growth areas of high-performance computing and graphics. Lightbits Labs, provider of NVMe over TCP cloud-native storage products, welcomed Gil Sasson as its chief research and development officer. Sasson brings to Lightbits Labs a background in both R&D and cloud-native applications. He will be responsible for leading all the product development engineering efforts and directing the design and deployment efforts for the company's private and edge cloud solutions offerings.

Prior to joining Lightbits, Sasson served as vice president of R&D at N2WS, a former Veeam company, and managed R&D and customer support teams in the US and Israel. In that role, he decreased N2WS' release cycles from 6 months to 2.5 months while growing its R&D productivity by more than 25 percent.

Lightmatter, the leader in photonic computing, appointed Bob Turner as its vice president of sales and Sudarshan Yadav as its head of product. Turner, who is the former director of sales in the Central and Eastern United States regions at Graphcore, will lead Lightmatter's sales and technical support teams to sell, provide customer support and maximize long-term revenue growth of Lightmatter hardware and software photonic compute solutions.

The Polsky Center for Entrepreneurship and Innovation at the University of Chicago appointed Chuck Vallurupalli as the first senior director of Duality, the first accelerator program dedicated to supporting innovative quantum startup companies. Duality is led by the founding partners, including the Polsky Center, the Chicago Quantum Exchange, the University of Illinois Urbana-Champaign, Argonne National Laboratory, and P33.

In addition, Preeti Chalsani will take a joint appointment with the Polsky Center and CQE as the deputy director of Duality along with her current duties as director of industry partnerships for quantum information science. Chalsani will work with Vallurupalli to set the accelerator's strategic vision while providing the accelerator's technology context and building relationships with corporate partners, mentors, quantum startups, partners and stakeholders.

“Informatica is well-positioned to lead and help its customers succeed with data-led digital transformations,” said Ward. “I am excited to join the company at a critical inflection point when we are experiencing an unprecedented acceleration to the cloud. Informatica’s big shift to a cloud-first, cloud-native approach to data management is a testament to its customer-centric innovation and I look forward to being a part of the next chapter in the company’s growth.” Rebecca Weekly, vice president, general manager and senior principal engineer of hyperscale strategy and execution at Intel, has been announced as the new chair and president of the board of directors of the Open Compute Project Foundation (OCP). Rebecca replaces Mark Roenigk, head of hardware engineering at Facebook, who served as chair for the past two years.

“Rebecca brings a wealth of technical expertise, leadership, and perspective to this role that will positively impact the Foundation as we kick off the next decade of OCP,” said Roenigk.

The OCP was initiated in 2011 with a mission to apply the benefits of open source and open collaboration to hardware and rapidly increase the pace of innovation in, near and around the data center’s networking equipment. See additional leadership changes here. "Coming off a record FY21 and first-quarter of FY22, we are growing and our opportunity is growing even faster," said Clarke. "Chuck joins the company at a pivotal time to give us greater leadership capacity to cover more ground, assess more opportunities and speed decision making to best serve customers. As our top advisor, Chuck has been an integral part of the team for a long time working across strategy, transformation and operations. I couldn't be happier to have him as co-COO to capture big growth opportunities across our portfolio as the world becomes more digital and data driven." Signal AI, a decision augmentation company transforming how business leaders make decisions, appointed Sarah Wood as a non-executive director to its board of directors. Wood is a former board member of Superdry plc, and she currently sits on the boards of Tech Nation, City Ventures and The Anna Freud National Centre for Children and Families.

"I'm delighted to be joining one of the UK's fastest-growing AI companies, which is rapidly scaling in the US, transforming business decision making with AI and pioneering the new category of decision augmentation," Wood said. "It is exciting to be joining at this inflection point in the company's growth and international expansion." 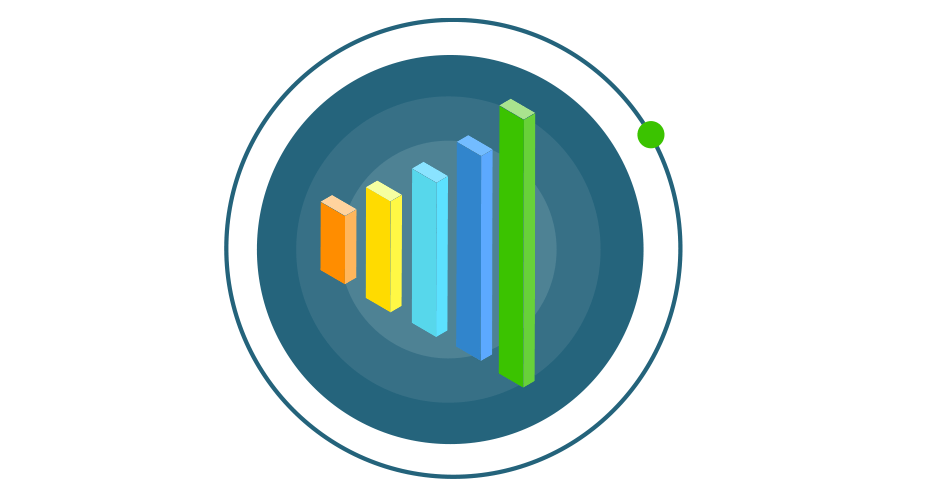 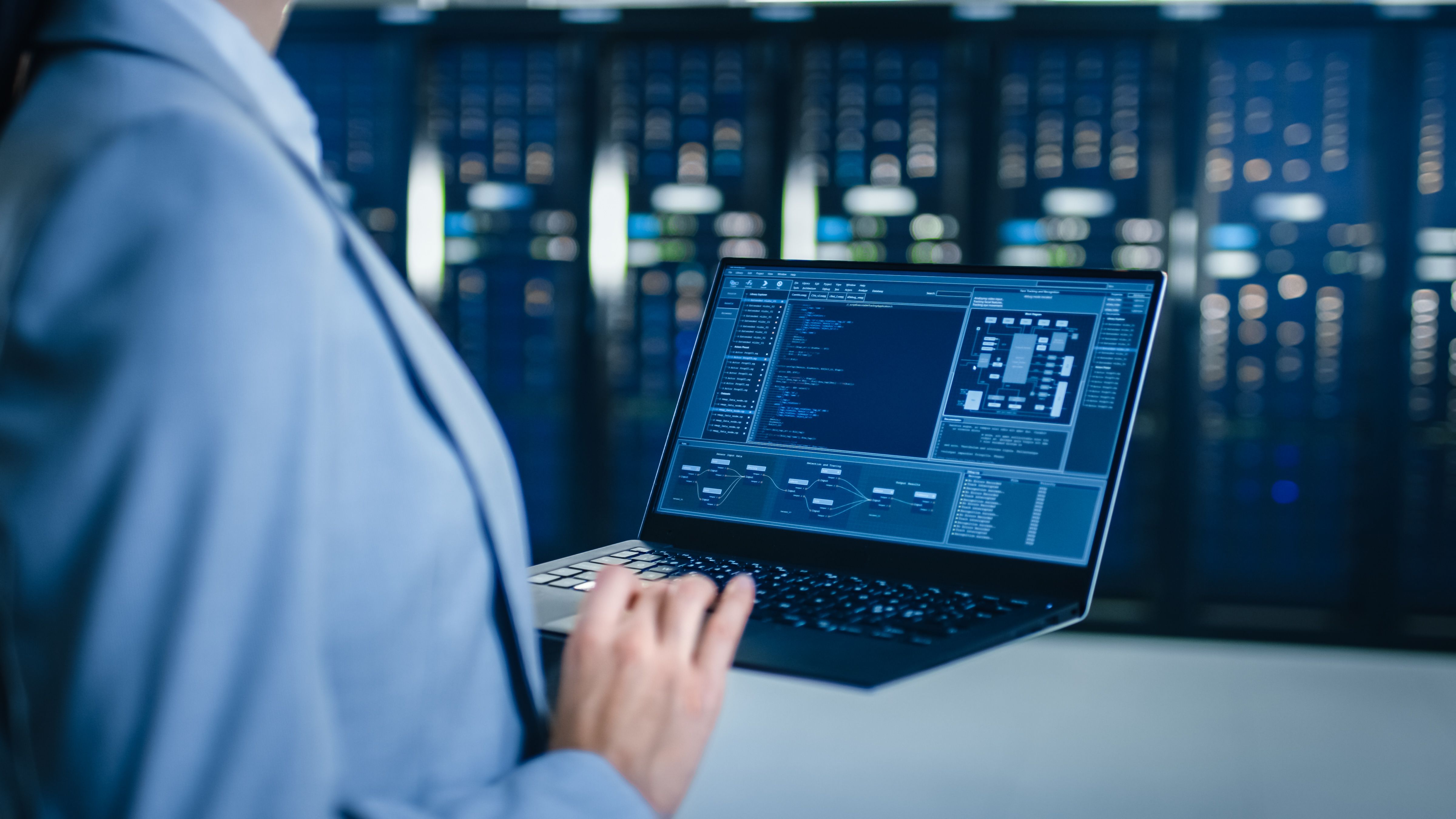