Rich with cash from venture capitalists, Airbnb was headed for a direct stock listing in the fall of 2019, and then Covid-19 demolished its business. Like other travel-related companies, Airbnb’s revenue all but evaporated last spring, raising questions about whether the short-stay rental firm could survive.

But CEO and co-founder Brian Chesky engineered a remarkable turnaround, cutting costs, raising capital, and repositioning the business. Just months after the start of the pandemic, Airbnb (ticker: ABNB) conducted a hugely successful IPO—and the company is now valued at more than $80 billion, about equal to Marriott International (ticker: MAR), Hilton Worldwide Holdings (HLT), and Hyatt Hotels (H) combined. With recovery from the pandemic just barely under way, Airbnb is already posting revenues ahead of 2019 levels.

Barron’s recently spent an hour with Chesky over Zoom from his San Francisco home office to discuss the turnaround, the future of travel, and what’s next for Airbnb. Here’s an edited version of the conversation.

Barron’s: Brian, let’s walk through Airbnb’s journey through the pandemic.

Chesky: I felt like the captain of a ship that had been hit by a torpedo. In January 2020, we got an indication about the threat from the virus earlier than others, because we operate in China—almost overnight our business there dropped 80%. It was unfathomable. I remember being in a meeting in late January 2020 and telling someone naively, if this thing spreads outside of China, it could be really bad. I didn’t realize what I was saying. And then we saw similar drops in Korea and Japan, then Europe, and then the U.S.

And that was just the beginning.

What did you do?

The first thing that happened is millions of guests wanted refunds. We got more than $1 billion in refund requests. A large percentage of our hosts have policies where you can cancel anytime. They were not affected. But there are hosts who have a super-strict cancellation policy, where you can’t cancel, and if you do, you don’t get your money back or you only get a partial refund. We decided to override host cancellation policies and give guests a refund if they couldn’t travel. It was the right decision for guests, but it created a huge problem for hosts. So we took $250 million—at a time when our business was decelerating—and paid it out to our hosts.

This was before your IPO. How much cash did you have?

A little over $2.5 billion. But at this point, we thought 2020 revenue could be as little as half of what we had projected. We went from thinking we would do a direct listing and never need to raise money, to realizing that we needed more money. So the $250 million wasn’t an easy decision. But we thought the most important thing was to protect our hosts.

How did you decide how much to give them?

We paid 25% of what would have been paid under their cancellation policies. There was $1 billion of lost income to hosts. We weren’t in a position to give them all of it. A lot of hosts thought it was a great outcome, but some weren’t happy. We made a decade’s worth of decisions in a matter of months, and I feel like we got almost everything right. But the way we handled the host refund wasn’t the best. We weren’t close enough to the hosts. We didn’t consult them enough—and we’ve since made changes in how we connect to them.

The $1 billion that you paid back to guests—where did that come from?

When a customer pays Airbnb, we hold on to the money until services are rendered. We basically had $1 billion in escrow. And we refunded it. It did come at a big cost to us, because we still had costs to cover on top of the $250 million we paid to hosts, but it wasn’t $1 billion.

I met with the board. Before the meeting, our independent director, Ken Chenault, the former American Express CEO, called me, and said this is bigger than 9/11 and 2008 combined. Ken said, “This is your defining moment.” There’s an old Andy Grove quote: Bad companies are destroyed by a crisis, good companies survive a crisis, and great companies are defined by crisis. I wanted to be in that third category. That was my mental mode. Every crisis is an opportunity, and this is an opportunity for us.

How did you make the most of that opportunity?

We went back to our roots, back to what is truly special about Airbnb, which is for everyday people to host. We cut about $800 million of marketing on a run-rate basis—we basically stopped all marketing. I sat with my CFO and we went through thousands of line-item expenses. I was pushing to cut more costs, I thought we needed oxygen. My view was the more we save, the more options we have. Every dollar counts.

Executives took half-salaries. Founders stopped taking salaries. Then we turned to emergency financing, and we had two choices—equity or debt. I had a strong instinct that debt would be cheaper. I thought people were unnecessarily panicking. There were news articles about whether we could exist, and I thought that was ridiculous. So instead of raising equity at a $15 billion or $20 billion market cap and being highly diluted, we did a debt round, led by Silver Lake and Sixth Street Partners. We raised $2 billion in three days.

But you still had some tough calls to make.

On May 5, we announced layoffs. It was the hardest thing I’ve ever done. In our first 13 years, we never had to do a layoff. And then we did a big one, about 25% of the employees. We had to lay off 1,800 or 1,900 employees, plus 1,000 contractors. Nearly 3,000 people. If you include attrition, we lost almost 40% of our employees. That’s a lot for a company as big as we were, with as much momentum, preparing to go public. That required us to be really thoughtful about scaling back.

You had to shed noncore businesses.

Right. We paused our transportation division, we paused travel content, we scaled back our luxe offering, we scaled back hotels, we scaled back business travel, and we really flattened the organization. We went from nine or 10 divisions to just one, which was hosting. We took out hundreds of millions of dollars in fixed operating costs. In eight weeks, we rebuilt the company down to the studs.

We had this new structure—it was leaner, it was more focused, it was back to our roots. We had this insurgent hunger—we’re in a foxhole together, and now we had to pivot the company. We shifted focus to nearby stays. We started promoting long-term stays of more than 28 days, which grew from 14% of our business in 2019 to now 24%-25% of nights booked. By the summer, we had a leaner cost base, we were more focused, our best people were working on the most important problems, and decisions were much faster. We had adapted faster than any other company in travel.

When did you decide you could go public?

We saw a surge in bookings a few weeks after the layoff. Around Memorial Day, searches with specific dates were surging. In some countries they were up year over year. That was unfathomable. And this was without any recovery in our largest segments, cross-border travel and urban travel, which combined were 68% of our business in 2019.

What were people doing instead?

There were long-term stays, and bookings in small cities, vacation rentals, rentals off the beaten path, whole homes. Gross booking value shot up, because people weren’t booking bedrooms and sharing spaces and studio apartments, they were booking whole homes with four or five bedrooms. So that meant that ADRs [average daily rates] went up by 20% to 30%. Web traffic reached 95% of 2019 levels without any marketing. Our business was stronger than before the pandemic.

The pandemic showed our model is inherently adaptable and resilient. We’re in 100,000 communities in nearly every country in the world. We’re urban, we’re nonurban, we’re family. We’re retirees, we’re young students, we’re budget. We’re luxe, we’re long- term stays, we’re short-term stays, we’re literally everything. And so that meant that if one thing got shut off, like urban travel, or cross-border travel, or business travel, which hurt hotels, we had all these other use cases.

The story resonated—the stock doubled on the first day of trading in December.

My argument to investors was, we’re not only doing OK, we’re like a rocket ship. And we’re going to be thrust out of this pandemic. We’re resilient, and adaptable, and the world is yearning for what we offer.

So where are we in terms of the travel recovery?

This is going to be the travel rebound of the century. We’ve never seen travel drop 80%. At the aggregate level, travel already is approaching 2019 levels globally. Domestic travel is going really strong. What’s not yet back is cross-border, and urban is only partially recovering. But last quarter we were back to 2019 levels, even without 68% of our business recovering.

How do you think the emergence of the Delta variant might impact the resumption of travel?

I think we’ve all learned from the events of the past year that the situation is still dynamic. For Airbnb, our platform has proven to be resilient and agile during the pandemic. We have also been reminded over the last year how important human connections are to our collective well being —and the specific role travel plays in making these connections. We know that people want to travel and connect with their families, loved ones and friends, and many are looking for the kinds of private, whole homes that Airbnb Hosts offer, which really optimizes for safe travel that facilitates human connections.

And business travel? People aren’t traveling as much for work—but they are working from new places.

Tell us more about this shift to longer stays.

Housing is a multitrillion-dollar industry. People spend about 25% of their income on housing. Travel is a big industry, not as big as housing, but about $2 trillion a year. Accommodations for travel is between $700 billion and $1 trillion. Now there’s this third category in between. I think housing will get smaller, as more people decide to live month to month or year to year, and some people will be less tethered. And when people do travel, fewer will just travel for one or two nights. There will be more one-week, one-month, and two-month stays. That’s going to become the bread and butter of Airbnb at some point. 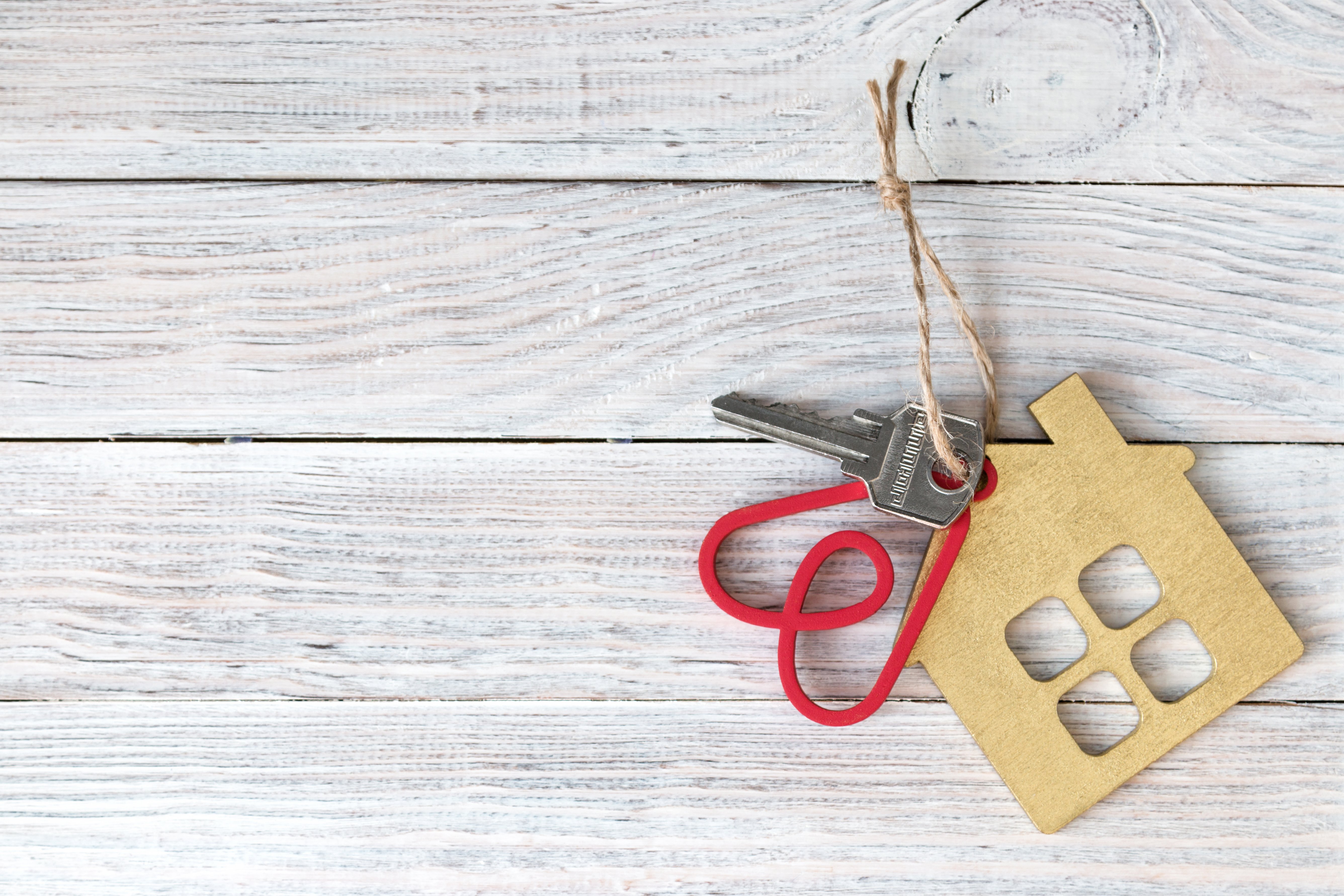